Biting the Hand that Feeds You

I feed two cats each day. Dippy and Buddy. Buddy likes to be scratched before he eats. I usually oblige. But when he’s done being scratched, he bites me—not hard, but just enough that I try to avoid it. Why? Because I don’t like getting bit. 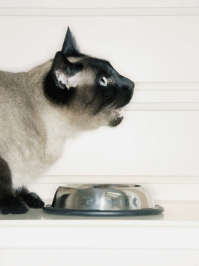 Often we try to do good things for people, only to get bit in return. It’s not like we saw it coming and could have avoided it. We just get caught up in their problems, think we’re helping make a difference and they bite us. For most biters, we’re dealing with a character flaw. Somewhere in their development they found it appropriate to bite people who are trying to help them. Probably some deep hurt drives that.
Years ago, I saw a kitten crawling down our street toward the woods. He was hurt and couldn’t walk. He was going there to die. Caring me, I wanted to help, so I rushed out to pick him up. Out of his pain, he latched onto my finger and wouldn’t let go. He literally sunk his teeth into my flesh. My lesson: hurting things hurt others. Or to translate it to people: hurting people hurt people.


I don’t want to think it’s intentional, but it is a reaction I see all the time. And one I wish to avoid.
Now with Buddy, I don’t think he bites because he’s hurt. I think he just does it out of habit—something in his Siamese DNA. But if I picked up another hurting kitten, I’m pretty sure it would happen again.


Knowing that doesn’t stop us from helping, it just makes us treat them differently, often by putting on gloves. Gloves protect you but make you insensitive to them. It’s kinda hard to treat someone gently while wearing gloves.
Oh, how I wish they would just deal with the hurt and not take it out on others.

Posted by Cary Franklin Smith at 7:39 AM