Watching my two-year-old grandson at his birthday party, there were moments when the only thing appropriate for him to do was jump. When Joy overwhelms you, sometimes you just have to give in. At other times you may have to run around in circles. Occasionally you need to dance. Rarely are you impressed to sit quietly as though nothing’s going on. Joy wants expression! 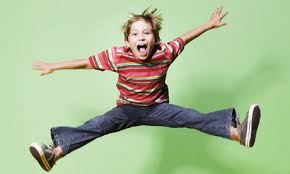 I never was a great dancer. Okay, maybe not even good, but that didn’t stop me from trying. Music does that to you. It makes you move. Whether it’s tapping your toe or patting your hand or drumming on an invisible trap set, when the beat’s pounding you’ve got to respond.

Whenever we hear it and don’t move, something’s wrong. My guess is: we’ve probably had our expressiveness squashed by someone who didn’t think it was appropriate to show Joy publicly. Someone said if you can be calm in a moment like this then you obviously don’t know the severity of the situation. It’s as though there is a highly regulated protocol as to how we’re supposed to act under certain circumstances.
Showing Joy, for some, would be an insensitive affront to that protocol and reflect poorly on their struggles.

I’m not being insensitive to what others are going through if I don’t get on their level to appreciate the moment. I don’t have to adopt their approach. I can remain faithful to what God is doing. I’m allowed to see things differently.

If you’ve ever tried on someone else’s glasses, you find immediately how they see isn’t how you see. You need glasses made to your prescription not theirs.

When the eyes of our faith see God’s faithfulness in the midst of turbulent times, even if others don’t see it, I have to dance on the updrafts. Wanna dance?

Question: What’s to keep you from getting up and dancing right now?
Comment?
Posted by Cary Franklin Smith at 7:00 AM